See the table below for details (unit: case)： 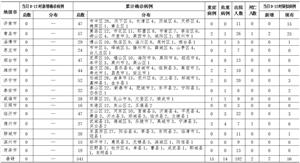