The Chinese capital has been offering mass testing following a new coronavirus outbreak earlier this month. For foreigners living in Beijing, one of the locations they can get tested is China-Japan Friendship Hospital, which has a long history of treating foreign residents.

Sacha is from France and works at a hotel in Beijing. He booked this test last week.

"I checked online, I found a list of all the hospitals (for the tests) in Beijing, this one is near my place. I come here so I can have a test for my health to make sure I don't have the virus, and also if I want I can travel in China", he said. 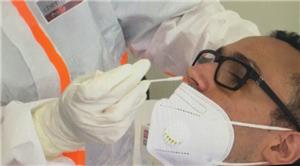 The China-Japan Friendship Hospital has been offering medical services to foreigners since 1984, as one of the earliest to do so in Beijing. The international department now provides nucleic acid tests for people without coronavirus symptoms or likely exposure.

"People can book the tests through four hotlines or our APP. You're likely to get an appointment two or three days ahead. The results will come out within 24 hours. You don't need to print the report. Beijing residents can check on the WeChat mini-program 'Beijing Health Kit,'" said Cui Yong, vice president of China-Japan Friendship Hospital.

Since this March, the hospital has also been offering tests for foreign diplomats and their families. As of June 21, they had tested 102 people from 19 countries.

"This March, amid the outbreak, the Foreign Ministry and Beijing municipal government asked us to provide epidemic-related services to foreign diplomats after they entered China. When they were in their 14-day quarantine, we sent staff to their hotels to collect their swab samples. We also provided treatment for other diseases for them while in quarantine", said Sun Yang, president of China-Japan Friendship Hospital. 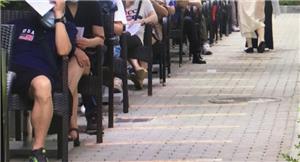 On June 9, the Beijing municipal government issued a three-year action plan to improve its emergency public health response. This hospital has been designated to treat foreign patients in case of an emergency.