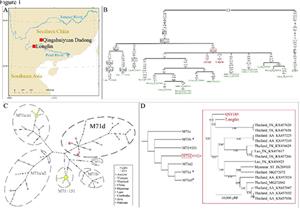 Chinese scientists say they have sequenced 11,000-year-old human DNA - the oldest ever found in South China -suggesting possible signs of human migration in southern China some 22,000 years ago.

Their research on genetic data reveals a link to the end of the Paleolithic period, which ended some 10,000 years ago, and the following Neolithic period when homo sapiens began to flourish.

Scientists from Institute of Vertebrate Paleontology and Paleoanthropology with the Chinese Academy of Sciences said on Monday that homo sapiens may have migrated from southern East Asia to Southeast Asia 11,000 years ago or even earlier.

Archaeology evidence and ancient DNA studies indicate there were extensive population migrations in the region between 4,000-2,000 years ago, when people in southern China migrated to Southeast Asia, and became more agrarian.

Migrations of homo sapiens from Southeast Asia to East Asia prior to the Neolithic period Age have not been made genetically clear.

The scientists stressed their hypothesis of a migration 11,000 years ago needs to be further tested. Future studies will provide more data to explore the migration patterns of ancient homo sapiens in the region.