US has no right to point finger at China-Africa friendship 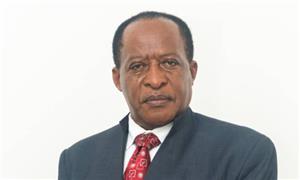 China and Africa have benefited from their comprehensive strategic and cooperative partnership in recent years. Indeed, the two sides' friendship has consolidated during the global COVID-19 fight. However, some people in the West accuse China's aid to Africa as a "debt trap." How should we view such a point of view? In what way can the Chinese model help Africa with its development? Global Times (GT) reporter Li Qingqing talked to Humphrey P. B. Moshi (Moshi), a professor of economics at Tanzania's leading state-run University of Dar es Salaam, on these issues.

GT: You wrote in a recent article that China's experience shows "Poverty is not a destiny and it can be overcome." In what way do you think the Chinese model can help Africa with its development?

Moshi: The Chinese model of development is one that is based on socialism with Chinese characteristics by putting emphasis on people-centered development. However, in delivering such developmental outcomes we need leadership that is visionary, development oriented, and one which walks the walk. These are fundamental prerequisites. It is this type of leadership that can effectively mobilize the resources of a country, both human and capital, to achieve the envisioned results and outcomes. It needs to be remembered that the leadership in China was able to do that and moved from low productivity agricultural economy to an industrial economy, while reducing poverty at an unprecedented high rate. Given the high dependence of Africa's population on agriculture, which is basically of very low productivity, there is a lot that can be learned from China's development experience.

GT: China and Africa signed the Joint Statement of the Extraordinary China-Africa Summit on Solidarity Against COVID-19 in June. How do you evaluate the two sides' cooperation during the COVID-19 fight?

Moshi: "A friend in need is a friend indeed". This statement has proved to be true as African countries were going through the COVID-19 crisis. We witnessed China showing its solidarity and cooperation by sending medical supplies, both preventive and curative, to most African countries. Such acts of friendship will not only consolidate the existing relations between both sides, but will also scale-up those relations to even higher levels and forms in the future.

GT: Some Western media call China's aid approaches in Africa a "debt trap" and even a new form of colonialism. What is your take on this?

Moshi: Such statements are expected given that the rise of Asia, and China in particular, can surprise the Western world. In fact, the politics of the cold war days have resurfaced in a number of ways, including the China-US trade war and US accusations on COVID-19, among others. Indeed, China has increased competition on the world arena, both socially and economically. And this has been good news for Africa and other developing countries because they have a richer menu to choose from in their search for development inputs; be they policies, strategies and finance.

In pursuit of that choice, most African countries have looked to China for a number of reasons. One, China has never been a colonizer and did work hand in hand with Africa in its demand for political independence and fighting imperialism (recall the Bandung Conference of 1956). Two, most of what China offers to Africa in the context of their cooperation is, to a great extent, aligned with Africa's development aspirations. For example, the Belt and Road Initiative (BRI). Indeed, in the course of the unfolding competition, most Western countries have been pushed aside. This being the case, they have to cook up stories to justify being losers. However, it must be emphasized that the best assessors of the relationship between China and Africa are the Africans themselves because they are in a better place to know the benefits of the relationship. Please leave us alone to decide.

GT: US Secretary of State Mike Pompeo on July 9 said the US remains "the largest contributor of development assistance throughout the African continent," but "When the Chinese do it, it's always in exchange for something." Has the US contributed to Africa's development as he claimed? What role has the US played in China-Africa relations?

Moshi: The statement by Pompeo is unfounded. For a long time, Africa has never been a continent of interest for the US. But when that turned out to be the case, then that did focus on a very narrow range of sectors or countries. For example, the sectors of focus have been clothing, under AGOA; and energy in terms of power and oil. Likewise, when it comes to countries the investments have been basically in terms of military provisions to curb terrorist attacks. These few areas and countries of US engagement do not justify the statement "the largest contributor of development assistance to Africa".

Surely, the social and economic development of a country constitutes a wide range of sectors; ranging from human development, infrastructure provision, agriculture sector development, to industrialization. So to justify his statement, the US should tell us what they are doing in all these areas to quantify or substantiate it. Indeed, what is pushing America to show interest in Africa is the growing of China's engagement.

GT: You said in your latest interview with Xinhua that the US' decision to withdraw from the WHO is "a huge disappointment" and means that "the world will not trust the US again." How would you describe the US' role during the global fight against the pandemic?

Moshi: Yes, I said it is disappointing. I could also have said it is pity. I said so for two reasons. One, the timing is wrong. We are currently in this smokeless war of coronavirus. The war is far from being won and yet one of the major contributors to WHO, the champion of global heath is withdrawing. It does not make sense at all. This should be a time for showing solidarity and enhancing cooperation. Two, for a number of years the US has been the world leader on global issues: trade (WTO), multilateralism (UN, WB, IMF, environment, etc.) and globalization. To date, slowly but surely, the US is abdicating this leadership position in favor of nationalism and unilateralism. In such circumstances, one cannot continue to trust such a country which is displaying a high level of hypocrisy and double standards. This shows clearly that the US preaches what it does not believe in. And if that is the case, what natural or legal right do you have to point figures at others?