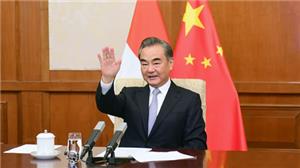 Speaking during a video conference, Wang noted that while it would be a protracted fight against COVID-19 globally and that the virus could stay for long, China and Indonesia are ready for an express travel channel.

"China and Indonesia should arrange for an express travel channel. This will help economic recovery and resumption of various businesses," he said.

Wang also said China and Indonesia's investment and business development proved to be robust in the first half of 2020, reflecting the strength and vitality of economic ties between the two sides.

Indonesian Foreign Minister Retno Marsudi said the country hopes to set up a travel link with China as soon as possible, so that businesses roiled by the pandemic could get a boost. She also welcomed more Chinese investment, according to a statement. 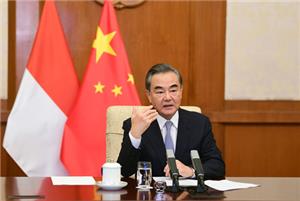 Issues surrounding the South China Sea, a flash point in China-U.S. relations, were also discussed in the meeting.

Wang said China will work with ASEAN countries to keep the South China Sea "a sea of peace" and "a sea of friendship."

He said China and other countries in the region were pushing for negotiations for a code of conduct, and to ensure that peace and cooperation stays the theme in South China Sea.

Wang said the U.S. unilateral sanctions without legal grounds had been harmful in the international arena, especially as the world faces unprecedented challenges.

Masudi said that a stable and peaceful South China Sea is crucial for all members in the region, and that Indonesia will work with China to keep it stable and prosperous.