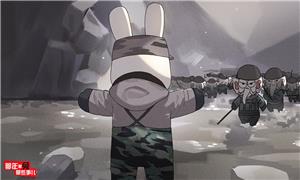 An illustration from Year Hare Affair that depicts a Chinese soldier protecting national territory in a Galwan Valley skirmish with India in June 2020. Photo: Courtesy of Lin Chao

When the gallant deeds of PLA martyr Xiao Siyuan were reported by the media, after the 24-year-old soldier sacrificed his life to safeguard the Chinese territory in the Galwan Valley skirmish with India in June 2020, a lot of people were moved, especially when they found out that Xiao had been using an image from patriotic cartoon Year Hare Affair as his WeChat profile photo.

"I'm so touched and inspired to see that this hero may have gotten some spiritual comfort from [my] anime," cartoonist Lin Chao, author of the top patriotic animation, wrote on Sina Weibo. The anime, unmistakably patriotic for the country and the Communist Party of China (CPC), has been widely circulated online and hugely popular among the younger generation.

There are increasing numbers of ordinary young people, in Xiao's age, who have become "fans" of the Party.

Kang Yu, an ardent supporter of the CPC and also an enthusiast of popular American TV series House of Cards, is one of many young Chinese nationals who have grown up in an era of cultural fusion and have learned about facets of Western culture and ideology, but harbor a great love for China and strong recognition for the CPC.

"I like Western TV dramas, and I'm also a big fan of Wuheqilin's illustrations," Kang told the Global Times.

Cartoonist Wuheqilin is one of the young Chinese opinion leaders on social media who takes pride and openly call themselves patriots. This 2010 university graduate, having gained 1 million followers on Weibo as of February, has created many cartoons revealing the wrongdoings and hypocrisy of some Western politicians and media, garnering overwhelming praise from Chinese youths.

Wuheqilin said he likes the title "Wolf Worrier artist" as he has been lovingly dubbed by netizens. "This country is worth loving and needs every one of us to safeguard it," he told the Global Times in a previous interview.

Lin said China's current young generation, compared with their predecessors, is more confident about a CPC-governed China. "Many of them - like my audience and readers - believe today's China is not inferior to any others, and that the Party is capable of fully developing China," Lin told the Global Times.

Chinese youths' support for the country and the CPC usually comes from their personal experiences, many of the young people told the Global Times.

"In China, being a member of the CPC means more responsibility," said Wei Shuxin, a CPC member and a PhD candidate majoring in the history of the CPC at Tsinghua University. "At any given time, should there arise any problem or any hardship, we Party members usually rush to the front."

In 2003, when Wei was a child, the Yellow River burst its banks in Northwest China's Shaanxi Province. Numerous local Party members and officials including Wei's parents spent three months fighting floods on the front line and rarely returned home. At that time, little Wei would often complain about being "abandoned" by her parents.

After Wei herself became a CPC member and grew familiar with the history of the Party years later, she realized that "it was the selfless dedication of these countless Party members like my parents that made it possible for China to achieve its present-day development and progress," Wei told the Global Times, saying that now she and her parents are currently busy with the COVID-19 prevention work at their residential compound as volunteers.

"The reason why Chinese youths identify so strongly with the CPC is because of the great progress and development their beloved motherland continues to enjoy under the leadership of the CPC," Zhang Yiwu, a professor at Peking University, told the Global Times.

Zhang noted the fact that China's rapid development stemmed from the commitment and dedication of the CPC, especially from its grassroot members, has allowed young people in China to fully understand that the rejuvenation of the Chinese nation is closely linked to CPC.

"In particular, faced with these unprecedented changes around the world and this once-in-a-century COVID-19 pandemic, China's party system has demonstrated an amazing capacity for organization and mobilization," Zhang added.

"The price of a heart stent has dropped from an average 13,000 yuan ($2,014) in the past to around 700 Yuan ($108) now," Lei told the Global Times, saying she is gratified to see smiles appear on the faces of many patients and their families because of the markedly lowered prices.

At school, Wei helped build a CPC history study club among students where she learned and discussed the ups and downs of the Party through the decades with many like-minded young people.

These people called themselves "fans" of the Party and believe that it is the spirit of "continuing introspection, progress and vitality" that makes the CPC an attractive organization, according to Wei. 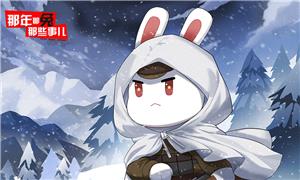 Patriotic films, dramas, animations, and related cultural activities are gaining popularity among young Chinese, who are willing to know the development history of their motherland and its ruling party.

Lin Chao, whose Year Hare Affair is one of the most popular patriotic animations in China, said Chinese youths embrace patriotic themes because they "feel proud of today's China."

Year Hare Affair tells parts of the history of modern China, the CPC, and the People's Liberation Army in a vivid and compelling way. The anime depicts China as "rabbit" and other countries as other animals such as "hawk," "rooster" and "ox," presenting serious military and diplomatic issues in a riveting way.

Watching Year Hare Affair is one of the main leisure activities at Wei's CPC history study club. "The story is not complicated, and the buzzwords that appear from time to time make us laugh," Wei said. "But when I see the prototypes of the story presented at the end of the animation, the real historical photos, I can't help but shed a tear."

She mentioned a catchphrase from this anime that its audience usually talks about: "Although we have [beaten the aggressors and] become masters of our country, we must not forget the original agreement - using our own hands to create a large family that is well fed, well clothed and not looked down upon by others."

Year Hare Affair's audience, including Wei and her peers, are mainly teenagers and college students in their 20's, according to Lin. This group is a microcosm of China's young generation that is witnessing the country's growth in strength, Lin said.

"Unlike some from the preceding generation who worship all things foreign, today's Chinese youth have more opportunities to study or travel abroad to see in person exactly what the outside world looks like, and when they do so, they can see that developed Western countries are far from perfect; they all have their own problems," Lin told the Global Times.

One of Lin's readers, an overseas student in the UK, once complained to Lin of the messy and highly inefficient governance there. "He said that the local authority spent five years repairing a kilometer of bad road near his house," Lin recalled. "That would be unimaginable in China."

Market data shows that Chinese youngsters are simultaneously welcoming patriotic-themed artworks and products. One of China's largest travel agencies, Ctrip, said that more than half of its clients who participated in red tourism in 2020 were born after the 1980s. Lin's Year Hare Affair has gotten more than 800 million views on main domestic video sites as of 2020, according to statistics provided by his assistant to the Global Times.

Zhang pointed out that because of China's state of backwardness and isolation in the 1970s and 1980s, young people at that time had a lot of romantic ideas about the West and aspired to their social structures and social management systems.

"But at present, Chinese young people have a broader international perspective. Compared to their parents and grandparents, they have a deeper understanding in terms of the comparison between China and the Western society, which has also given them a more thought-out and rational perception of their country and the CPC," Zhang said.

However, some Western media outlets and pundits continue to maliciously brand the love and support of young Chinese for the Party as "ignorant loyalty" caused by "mind control" of the young.

For instance, the VOA claimed in January that "the ideological and political education" that Chinese students receive from primary school to college is "part of the CPC's brainwashing of the next generation to shore up its power." "The purpose is to make everyone's mind fixed, becoming a firm CPC supporter from an early age."

Kang pointed out that these attempts of slander from Western media were baseless and malicious. "Every country provides a general education of its own history and political structures to cultivate an informed citizenry," he said.

"In this land in which we are, it is normal and necessary for our youngsters to learn the history of the CPC, which reorganized China from a state of virtual disintegration," Kang noted.

Wei noted that the Chinese youth have been thinking freely, and politics and history classes in schools portray the CPC objectively and dialectically, and analyze the Party's past gains and losses, succinctly summarizing how to promote the progress of this society.

Wei gave the example of the Cultural Revolution (1966-76) that is clearly defined in China's history textbooks as a movement that violated democracy and the rule of law, and a major setback for the CPC in its quest for socialist modernization.

The youngsters reached by the Global Times said they are not - as Western media would like to depict - "ordered" or "controlled" to love the Party. It is a series of big events at home and abroad that they have seen or experienced in recent years - such as the fight against the latest COVID-19 pandemic, the malpractices in Western political regimes and their blustering politicians - that have made them believe in the relative superiority of the CPC's governance.

A New York University (NYU) graduate and a CPC member surnamed Zhang, who majored in international politics, said the chaotic situation that's plagued the US administration in the past few years contrasts sharply with the situation in China.

"The Party has proven the effectiveness of its institutions in the fight against COVID-19," he said. "It is not necessary to regard the virus prevention and control measures as some kind of proof of the Party's achievements, but the contrast becomes clear when we look at the chaos that some Western countries including the US have suffered through amid the pandemic."