After winning the fight against absolute poverty and completing the first centenary goal of building a moderately prosperous society in all respects, the phrase "common prosperity" has gained prominence as China is determined to better the lives of more people.

"Chinese-style modernization is modernization featuring common prosperity and happiness for all, not just a few," President Xi Jinping said in his recent inspection in northeast China's Liaoning Province.

China's northeast – comprising the three provinces of Heilongjiang, Jilin and Liaoning – was once a thriving powerhouse on the back of traditional industries including steel, automobile and aircraft manufacturing, shipbuilding and petroleum refining. However, afflicted by deep rooted problems including an aging population, dwindling investment and talent outflow, the region gradually showed a sharp decline in its economic performance indicators.

In 2003, the CPC Central Committee launched a revitalization strategy for the region and in 2016, renewed an action plan of focused supportive measures.

Efforts should be made to promote common prosperity for all, advance the modernization of China's system and capacity for governance, and deepen the Party's full and rigorous self-governance, to set the stage for the 20th National Congress of the CPC, Xi told Liaoning officials during the visit.

While visiting a robotics company on Wednesday in Shenyang, the provincial capital of Liaoning, President Xi pounded extra importance on independent innovation, which will facilitate the change of China from an economy of quantity to an economy and manufacturer of quality.

Xi called for immediate efforts to promote self-reliance in science and technology and a greater boost to secure the country's grip on core technologies in key fields and equipment manufacturing, while affirming the progress made by the company in independent innovation and industrialized development. 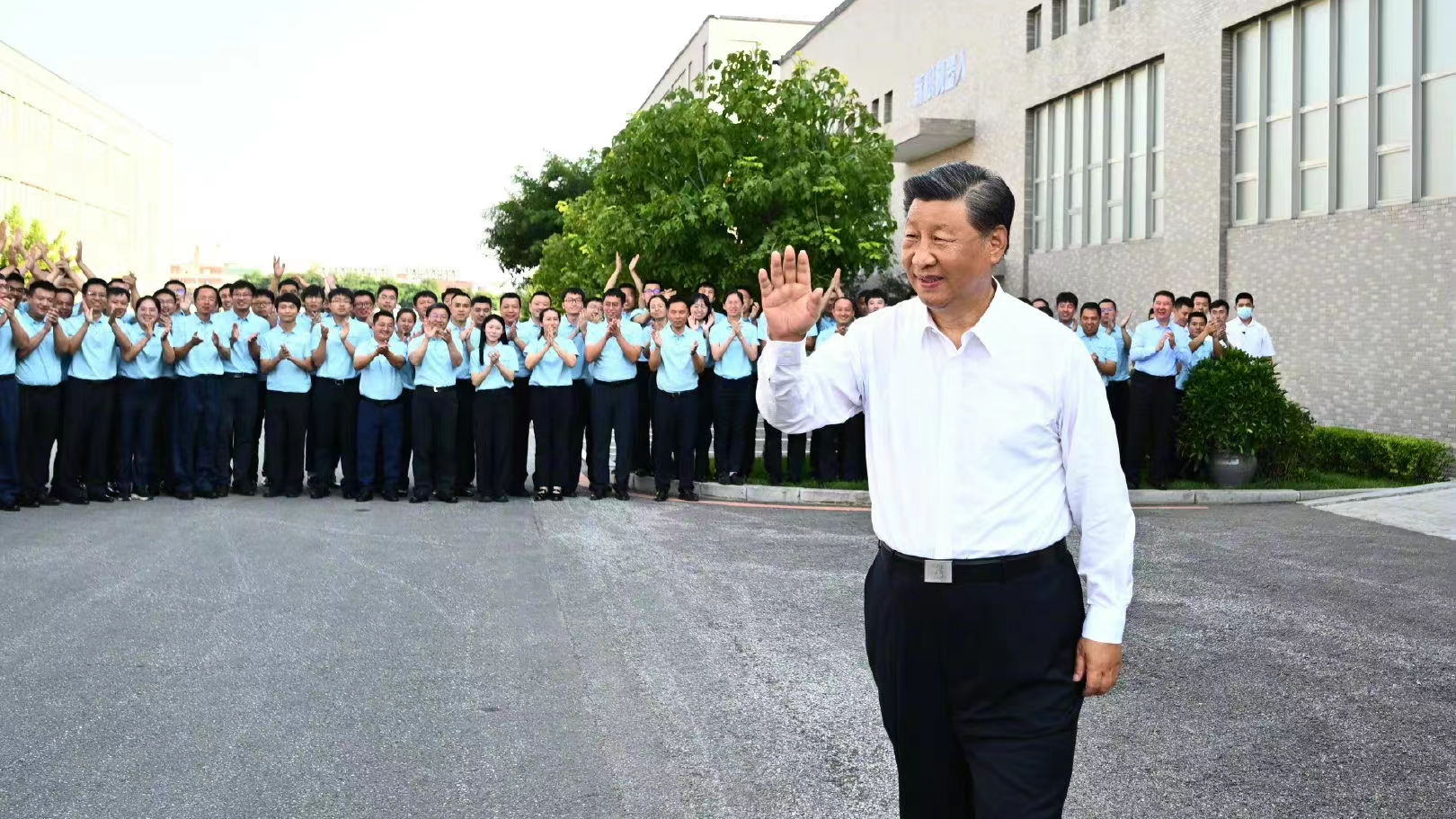 He highlighted the efforts to create a new pattern of development that is focused on the domestic economy but features a positive interplay between domestic and international economic flows, stressing that China would continue opening up to the world.

"We have full confidence in the revitalization of the northeastern region," he said on Tuesday in Jinzhou City, calling for accelerating industrial restructuring and meeting the requirements of reform and development in the new era.

In 2020, Liaoning Province, along with the other two northeastern provinces, achieved positive economic growth, a sign of the country's economic resilience against the backdrop of the world's worst pandemic in decades.

A sound business environment has also been formed. Official data in Liaoning shows that the number of market entities in the province reached 4.58 million, up 9.1 percent year-on-year. The number of scientific and technological small and medium-sized enterprises reached 18,158, up 34.6 percent year on year.

Xi: CPC is always with the people

President Xi also paid a visit to a local community in Huanggu District of Shenyang City, where he called for the renovation of old residential communities an important work to improve the quality of people's life, not just the living environment and amenities, but of community services as well.

More efforts should be made so that the people feel the CPC serves the people wholeheartedly and is always with the people, Xi said on Wednesday.